At the first World Conference of the Professional Speechwriters Association almost 10 years ago, I led members in a kind of caucus, asking them what they wanted the fledgling group to be. And I paraphrased a noted speechwriter who said, “Ask not what the PSA can do for you. Ask what you can do, for the PSA.”

Much of what was said there helped set an agenda that has seen the PSA grow from a few dozen scribes wearing homemade logo buttons to an institution that seems to many PSA veterans and newcomers alike that it’s been around forever.

Which is great—as long as the PSA remains young at heart: adjusting to members’ changing needs and to an ever-transmorphing social context. And taking advantage of all the credibility we’ve built and the connections we’ve made to achieve as much in the next decade as we have in the last.

And so at the 2022 World Conference in October in D.C., we held a similar all-conference caucus, led by an all-star PSA panel, and moderator Eric Schnure. I recused myself from the conversation, quietly taking in the rest of the audience’s reactions. And when I got home, I carefully listened to the recording of the session once again.

After absorbing all that, and discussing it with a number of people including the PSA staff, I’m pleased to present our vision for growth beyond everything we’re already doing—if not for the whole next decade, then at least for the next few years:

• More spontaneous programming—with more of it offered free to non-members (even non-speechwriters), as a public service from the PSA. This year we opened up our monthly PSA Speechwriters’ Speakeasy happy-hour chats to non-members, and we plan to make some of those more substantive, through conversations with guest speakers. A model for it was this week’s conversation with British speechwriter Guy Doza, author of the book, How to Apologize for Killing a Cat: Rhetoric and the Art of Persuasion. About 70 people registered for that, many of them PSA members and friends … and many of them new acquaintances. Our members have long asked for more frequent interactions with one another and with us—and this is one really productive way to do it.

• Some speechwriters wished for more local speechwriting communities, and perhaps even regional events. While the PSA will never be the most effective convener of an Atlanta Speechwriters Roundtable, for instance, we will provide enthusiastic and substantive support to any member who wants to hold a local meeting—or start a local PSA-affiliated group. We believe the PSA is made healthy and strong not, primarily, through members’ relationships with us—but members’ relationships with one another. So if you want to help create any kind of community of PSA members, convene a PSA-affiliated regional event, or just brainstorm with me—simply email [email protected], and let’s talk it over.

• Let’s get the collected wisdom of PSA members to the people who really need to year it: the leaders speechwriters serve. Over the last 10 years, I and many other prominent PSA members have done a great deal of writing to other speechwriters and executive communication pros—and to the broader corporate communication community. Along the way, we’ve generated a number of direct-to-executives missives, ranging from the popular PSA one-pager “A Speaker’s Guide to Collaborating with a Speechwriter” to my broadly read communication book, An Effort to Understand: Hearing One Another (and Ourselves) in a Nation Cracked in Half.

But we think and hope that much more can be done to get speechwriters’ “rhetorical perspective,” as PSA Advisory Council member Boe Workman calls it, heard directly and understood deeply by the leaders themselves.

How? By publishing our writing in the publications those leaders read, by speaking at conferences those leaders attend, and by finding ways to reach burgeoning business leaders—to help them become leadership communicators.

We’re already on it; more to come.

To PSA members, we thank you for your support over the first 10 years of our existence, and we look forward to traveling with you over the next decade—and seeing how far we can go together.

And to speechwriters who don’t belong to the PSA: If you consider our efforts worthy, please do consider joining. If we’re going to continue to achieve greater things on behalf of the whole profession, we’ll need the whole profession’s support. And we’d love to have you along.

David Murray is founder and executive director of the Professional Speechwriters Association. How to Produce a Best-in-Class Briefing Document

What to include, in how much detail, and in what order. 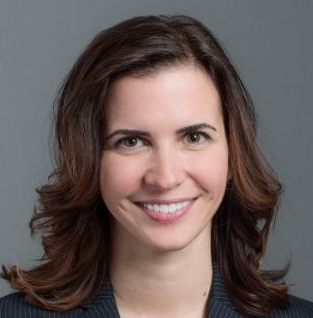