I find myself thinking of coach Herb Brooks’ pregame speech to the 1980 U.S. hockey team, as portrayed in the movie, Miracle, by Kurt Russell. “This,” Brooks shouts to the boys as they prepare to play the vaunted Soviets, “is your time!”

I’ve spent my three-decade career around professional speechwriters and others who help CEOs say the things they say.

I’ve never seen an opportunity like this. Or a need.

At this moment when it seems CEOs can’t avoid speaking out on any number of hot-button issues—and when they increasingly feel they can’t say anything right—each one of them needs the counsel of a great communicator.

Speechwriter, that’s you! (Isn’t it?) Whether your CEO knows it yet, or not.

CEO speeches over the years have mostly amounted, with the exception of some pugnacious, market-moving rhetoric from people like Lee Iacocca and Jack Welch and Steve Jobs, to novel ways of defending corporate America against over-taxation and regulation, and championing various milquetoast notions under the yawning rubric of “corporate social responsibility.”

Much of this material, aspirationally called “thought leadership,” was written by well-educated, well-read speechwriters who wanted to write more meaningful stuff, but who typically had little access to the CEOs they served. One bitter corporate scribe called the job, “Write down my ideas as if I had them.” Such frustrated communicators were long advised that if they wanted their leader’s ear, they should read The Wall Street Journal, and learn to read a balance sheet. (That didn’t work, either.)

Read The Wall Street Journal today, and the headlines are, “Woke and Weak CEOs,” and “CEOs vs. Shareholders.”

If CEOs aren’t open to communication counsel now, they will never be.

Last Tuesday night, The New York Times reported, Bastian couldn’t sleep after learning that a number of prominent Black business leaders were taking out a full-page ad the next day in the Times demanding that companies decry Georgia’s new voting law. The ad was an “unprecedented” example of the African-American business community coalescing around a non-business issue, according to its organizer, the investment banker William M. Lewis.

Boy, are CEOs facing a lot of unprecedented things these days! For all their talk about being innovative disruptors, CEOs are generally known to ask three essential questions of any new idea: “What does it cost?” “Is our competitor doing it?” And, “What did we do last year?”

None of those questions offered any comforting answers to Ed Bastian in the wee hours last Tuesday night.

Meanwhile, Bastian had been receiving “a stream of emails about the law from Black Delta employees, who make up 21 percent of the company’s workforce,” the Times reported. Late that night, Bastian “roughed out a fiery memo,” which he issued employees the next morning.

Where was his speechwriter at the time?

And a week later, after much more sturm und drang that culminated in Major League Baseball pulling its All-Star Game from Atlanta, Bastian and other corporate CEOs found themselves on the wrong end of a rhetorical pistol-whipping by Senate Minority Leader Mitch McConnell. “From election law to environmentalism to radical social agendas to the Second Amendment, parts of the private sector keep dabbling in behaving like a woke parallel government,” the Kentucky Republican said in a statement Monday, according to CNN. “Corporations will invite serious consequences if they become a vehicle for far-left mobs to hijack our country from outside the constitutional order.”

As if these CEOs wanted in a million years to find themselves in this tarpit!

And as if they have the first clue about how to get themselves out.

Might I suggest: You, and every wise person in the organization who you have presumably made it your business to know.

Thoughtful corporate communicators have seen this strange ship coming since it was a speck on the edge of the offing.

Some of them felt the tremors a few years ago, when a lack of stable leadership in the White House left more and more people turning to CEOs for leadership on social issues. CEOs’ long-term economic self-interest, once the reason they were disliked, became a source of trust. “Trump can pull out of Paris,” one executive communication professional said in 2017. “But UPS can’t.”

By the time President Trump’s first term drew to a close, studies consistently showed that trust in business and business leaders was soaring in relation to trust in governments and media.

At the founders meeting of the Executive Communication Council last February, a small enclave of top communicators shared the mutual insight that after Kobe Bryant died, lots of employees wanted the CEO to say something about the tragedy. What on earth would the CEO of a tech company or a logistics firm have to say about the death of a basketball player? Didn’t matter. People were upset, and they needed a leader they respected to recognize their pain. For many of them, that was their CEO.

Then came COVID, which required constant CEO communication—safety-related, logistics-related, sometimes vulnerable and even emotional. Then George Floyd, when every CEO made as strong a statement as their speechwriter could write, and the chiefs of more than one Fortune 100 company looked into a video camera and cried. And then came the election, and then January 6, all of which demanded the CEO say something, but many of them seemed out of meaningful words.

What in the education or the experience of your average corporate CEO could possibly have prepared him or her for this moment? Not much, if you listen to Coca-Cola CEO James Quincey tell The New York Timeslast Sunday about what he learned as CEO:

“When you become CEO you think you’ve got this organizational pyramid and you’ve come at the apex, and now everyone works for you. But then you find out there’s another pyramid, but it’s upside down, and you’re the one person at the bottom. There’s a huge number of stakeholders who want to tell you what to do, and many of them don’t work in the business. So you deal with the board, the media, the investors, the analysts, the NGOs, the government. You have this whole galaxy of people you need to deal with in a way that was never true for any of the other jobs. If you haven’t gotten really clear on what are the few things that I want to tell people about and prioritize things, it can be quite destabilizing.”

A speechwriter put that more succinctly; her CEO once told her, “It’s not as lonely at the top as I wish it was.”

Speechwriter, the question is: Are you and your communication colleagues actually prepared to counsel your CEO to deal with this dizzying array of gradually empowered people who have suddenly found their full voice, smack in the middle of a socio-political hurricane.

If you are, it’s because you’ve read beyond The Wall Street Journal, and thought far beyond the balance sheet.

Also: Because of the collaborative nature of your work and your own native curiosity, you’ve gotten to know a diverse group of valuable people in the company who can bring real wisdom and counsel to bear on these terribly difficult issues.

And by virtue of your impractical liberal arts educations, you should be more culturally literate in general than the long laser-focused CEO.

And you’ve been thinking, and talking, and even writing about these issues for a very, very long time.

And waiting for a chance to be helpful—to the company, its employees, its customers—and to its leaders in need.

That wait should be over.

David Murray is the founder and executive director of the Professional Speechwriters Association and the Executive Communication Council. He’s author of the new book, An Effort to Understand: Hearing One Another (and Ourselves) in a Nation Cracked in Half.

A speechwriter is not a tool 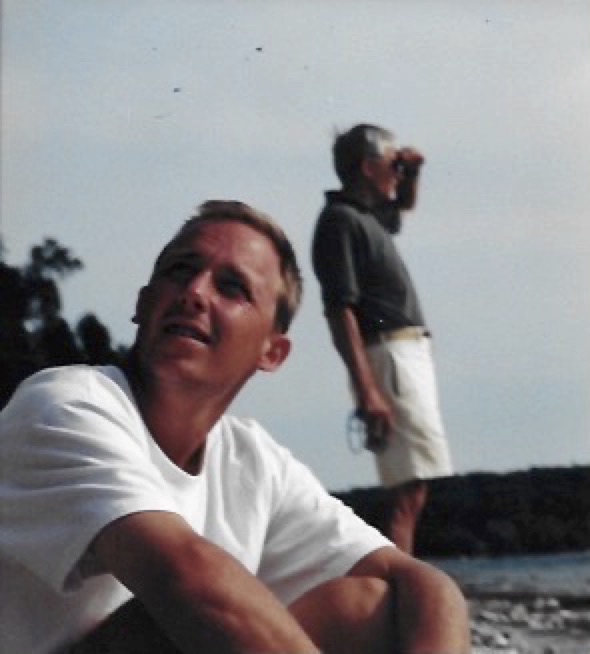 Back to the Future, in Speechwriting