Last month I was humble-bragging on social media about this gig in the Dominican Republic, and some people have been pedantic enough to ask me what it was that I actually said last week in Santo Domingo.

The bad news is, you had to be there.

The good news is, I'll give this speech again.

And again, and again and again, I hope—in various versions, adapted for various cultures and audiences.

It's sort of a stump speech, on speeches. It was inspired by this rare invitation by the DR's Vice President Margarita Cedeño de Fernández to speak about speeches to an audience far broader than my usual home crowd of speechwriters and other communicators: This was a couple hundred government officials, business people, educators and students. 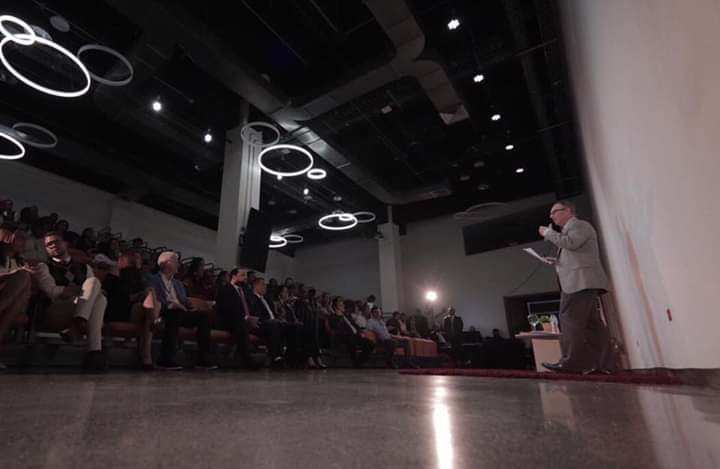 Why in the YouTube universe had all these people fought choking Santo Domingo rush-hour traffic, inconvenienced themselves and their colleagues and their families to sit still for 45 minutes and listen to me talk about talking? The speech is an attempt to answer that question.

It's an explanation—and simultaneously an attempted demonstration—of why we still engage in this ancient ritual of giving speeches (and put up with the inconvenient ritual of listening to them!).

With the help of clips from speeches both famous and obscure, I show the evolving role of speeches over the last 50,000 years. I share my own evolving view of speeches since I was young, and hated them. I entertain the possibility that speeches really are just sort of a cultural habit that we'll one day dismiss as superstitious. And I conclude that speeches have a narrower but an even more essential role in society.

Speeches don't do much anymore, I say. They only do what needs to be done.

Oh, I can't tell you that in a blog post.

Because that's the thing about speeches:

You have to be there. —DM