Good morning and thank you.

I am honored and humbled to share my thoughts with you here, in this magnificent setting on this momentous occasion.

Two hundred thirty-five years ago today, 56 men began signing the Declaration of Independence. They proclaimed to a largely indifferent world their intent to found a new nation.

They came from each of the 13 colonies—farmers and doctors, lawyers and judges, merchants and businessmen. At least eight signers were immigrants, from Ireland, England, Scotland and Wales.

And the document that united them was written not by a wise old sage but a young man wise beyond his years: the then-33-year-old creator of this magical place, Thomas Jefferson.

Our nation was, as President Lincoln later reminded us, “conceived in liberty and dedicated to the proposition that all men are created equal.”

It was a unique—even odd—way to start a country, organizing ourselves around this idea of universal rights. But that’s what our founders did.

Today, we all know Jefferson as, among other things, the architect of Monticello and the University of Virginia. What is even more remarkable, after all these years, is the extent to which he remains the architect of this grand experiment we call America.

And he drew the boldest strokes in just 35 words:

“We hold these truths to be self-evident, that all men are created equal, that they are endowed by their Creator with certain unalienable rights, that among these are Life, Liberty and the pursuit of Happiness.”

Two hundred thirty-five years later, Jefferson’s words are as relevant and inspiring as ever, all over the world. And not only those I just read but also these, about governments “deriving their just powers from the consent of the governed.”

There is no containing those words. No mere border, no barrier of language can stop them. No dictator, no army, no secret police can silence them. Not now and not ever.

Indeed, we are blessed—all of us—to have had founders here in America who had the foresight to create a Constitution that gives us all the right to search for a better life. A life of dignity. A life of freedom.

We see every night on our televisions, and every morning in our newspapers, tragic reminders of people in other nations where this is not the case. We see tormented people, by the millions, in search of dignity, in search of justice and belonging.

As for my own story, I am not an immigrant, but I don’t blame you for wondering!

I was born in New York City when my father was Turkey’s consul general. Like you, I am a person of more than one culture, and, like you, I chose this country.

A career diplomat, my father was stationed around the world, and our family was with him—in India, Thailand, Iran, Poland and Sweden.

It was, for me, the perfect way to grow up: learning from so many wonderful people from all walks of life, from so many countries.

In the summer of 1977, my cousin and I took a road trip out west, through the Golden State of California.

Those were not America’s brightest days. Our economy was struggling. Our place in the world was unsure. In the wake of Watergate and Vietnam, some Americans wondered if our best days were behind us.

And, yet, even then, I saw so much potential and opportunity—and I chose to make my life here.

Maybe my faith in America was naiveté or blind optimism. But I don’t believe it was. Not for a minute.

An inspiration for the ages, Thomas Jefferson was never satisfied with the status quo. Not in any facet of life. And we are all the beneficiaries of his positive restlessness—his insatiable drive to make things better.

As newly minted Americans, you embody that same spirit of continuous improvement and reinvention.

In business, I encourage our people always to remain constructively discontent. That’s the mindset that drove Dr. John Pemberton to create Coca-Cola 125 years ago, and it is Coke’s not-so-secret formula for staying fresh and relevant and 125 years young.

As a nation, we must never forget that new Americans have always been among our greatest strengths.

From our very founding, people like you have kept America vibrant and vital. People like Tom Paine and Albert Einstein, I.M. Pei and Madeleine Albright—not to put too much pressure on you!

With each generation, immigrant and native-born Americans have come together, shoulder-to-shoulder, to propel our ongoing, benevolent cycle of rebirth and renewal. And you will do the same.

To be sure, we are not a perfect people or a perfect nation. But, to our credit, we are always striving, in the words of our other founding document, to “form a more perfect union.”

As new Americans, you join this noble and ennobling effort not as junior partners but as equal heirs of our heritage and joint custodians of our future. The opportunity before you is great, so too the responsibility.

Thomas Jefferson, for his part, was always looking forward. He said, “I like the dreams of the future better than the history of the past.”

As you become Americans in the place Thomas Jefferson loved most of all, you represent his dreams of the future.

Dreams of problems solved, innovations made, diseases conquered, and new frontiers explored. Dreams of better lives, ever-expanding liberty, and a pursuit of happiness that’s always advancing, at home and around the world.

I personally wish for you, in your new lives, every success and fulfillment and joy, and I can’t wait to see what dreams you realize.

I Did Not Escape Justice. I Fled Injustice. We Were Wrong. We Are Sorry. And We Will Never Let This Happen Again. 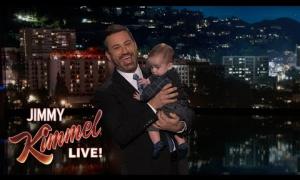