But they were green speechwriters, many having received little advice beyond, as one put it, "You'll get the hang of it."

"I'm an operations geek with no speechwriting experience," said one.

"My background is in physics and I'm an engineer," said another.

They'd come to the United States Air Force Academy in Colorado Springs from across services and from New Jersey to Hawaii because, as one explained, "Without any sort of training, you just never know whether you're doing it right or efficiently."

Or as another said with characteristic humor-by-bluntness: "I want to try to learn to not be an idiot."

And though military officers are used to doing what needs to be done with whatever experience and resources are available—it's sort of their thing—we thought a couple of days of training could build a foundation under their improvisation, eliminate wheel reinvention and reduce anxiety. We also hoped to create a community of military speechwriters, who might offer one another help and companionship throughout their speechwriting assignment.

Here are a few images from the week; a few by me, but group portrait and seminar shots by Kelly Walker of Vaughan & Walker Photography. 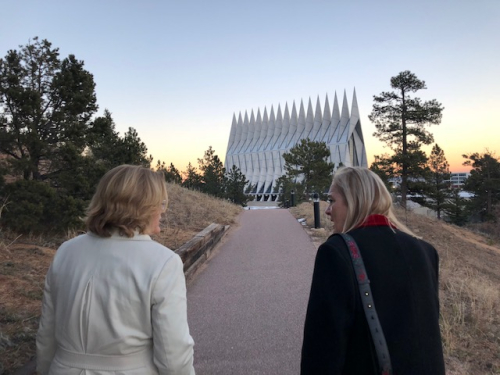 Seminar co-leader Rose King (left) took veteran speechwriter Jackie Fearer—Jackie was there because she writes for veterans groups—and me on a walk to the famous Cadet Chapel.

During the seminar itself, Rose and Sue took our speechwriting cadets on a tour of leadership communication, and how it gets made in the military. 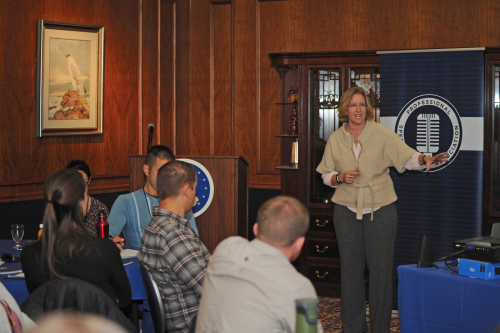 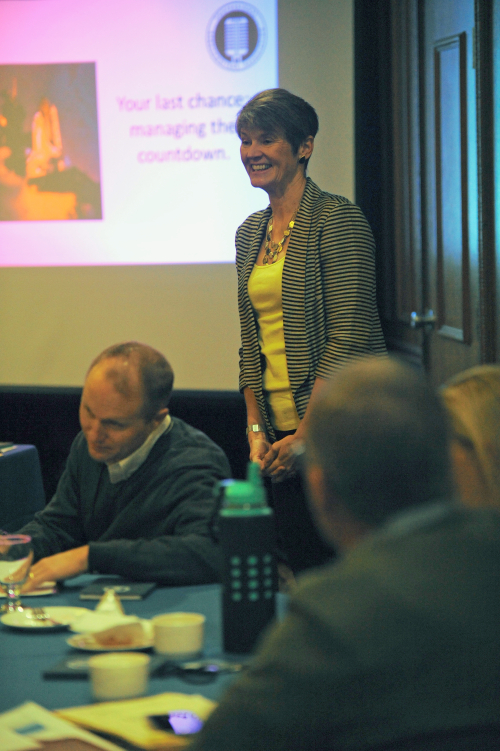 This was not a passive crowd. Especially in the dark arts of getting meaningful communication through the byzantine bureaucracy of the military, these speechwriters mentored one another—and certainly schooled me, to their repeated delight. 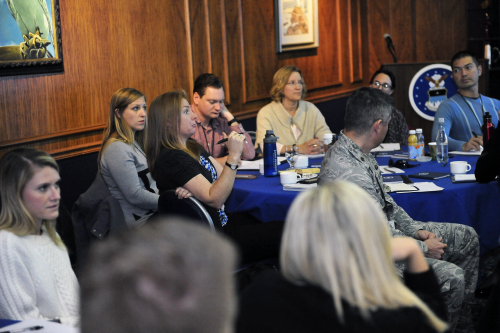 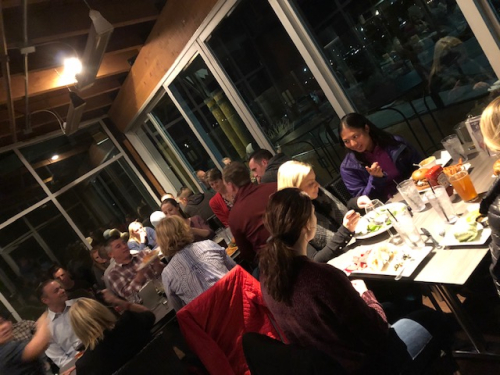 … the influence of the current administration did not come up—did not come close to coming up—until I quietly and cautiously asked folks I was sitting with whether the president is on people's tongues in military-base social circles the way he is in civilian conversations—almost as a form of small talk.

Not really, was the consensus. I didn't quite get to the bottom of why—these folks are extremely and admirably discreet—but the sense I got was that it had something to do with: Much Trump talk (pro and con) is a kind of national gossip, and people who have devoted their lives to national well-being do not engage in national gossip, either professionally or socially. Not with one another—and certainly not with some solicitous civilian seminar organizer at a dinner party.

I respect that. I respect them. And this Thanksgiving, Rose and Sue and I are grateful that these folks trusted us to help them help their bosses—who are some of the real adults in the American room—to communicate clearly and compellingly and credibly.

We need these people. —DM 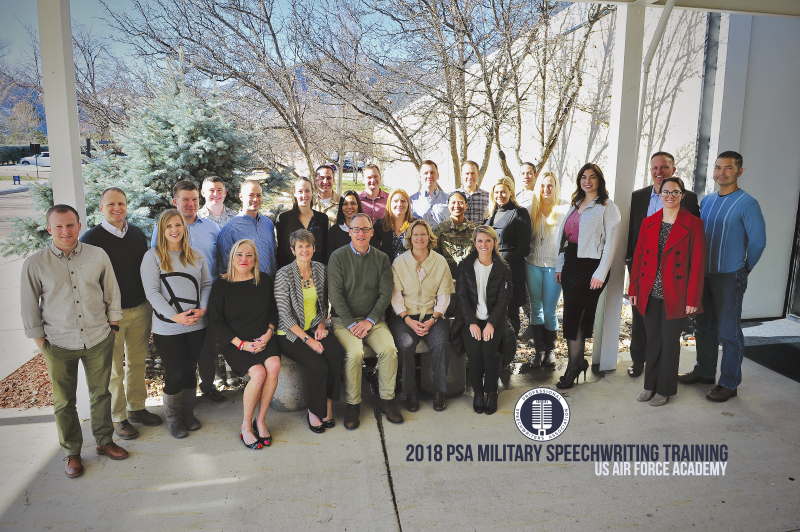 A place for us

Hillary Clinton speechwriter writes a tome of her own

"After years of writing in someone else's voice," says longtime Clinton scribe Lissa Muscatine, "I just felt absolutely compelled to write this book."